← more from
ears&eyes Records
Get fresh music recommendations delivered to your inbox every Friday.
We've updated our Terms of Use. You can review the changes here. 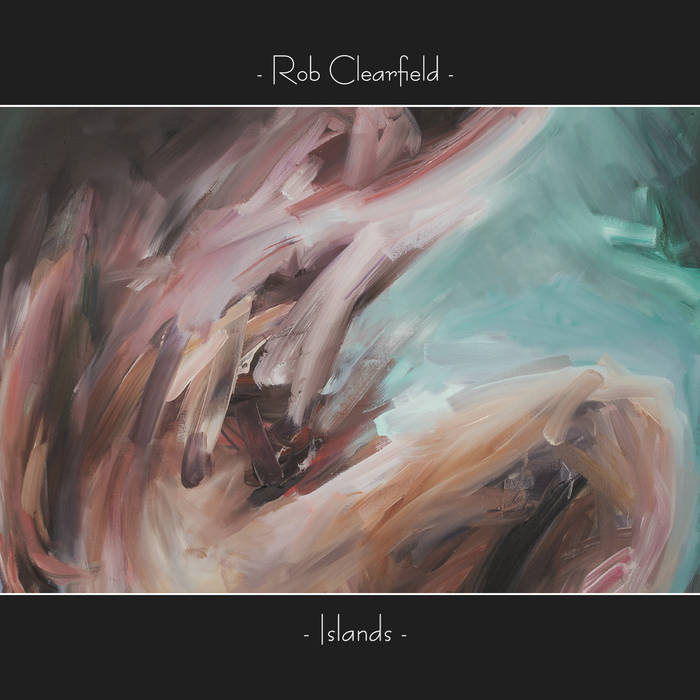 Pianist Rob Clearfield is no stranger to the bandstand, but his newest release marks an intentional step into the spotlight. “I wanted to feature a side of my playing that I hadn’t really recorded before: the way I play in a trio setting,” says Clearfield. The Chicago native has built up an impressive roster of releases and projects during his years on the city’s modern jazz scene—he’s released two other albums under his own name (one quintet and one solo album), he composed all the music for his band Information Superhighway, and you can catch him around town performing with Grazyna Auguscik, Matt Ulery, and Greg Ward, among others—but Islands, on ears&eyes Records, represents a conscious turning point in his career. “There’s a freedom inherent in the trio, where I’m the main melodic player,” he says. “When we were recording, I knew that this project was really going to be about my playing; I was never going to be in the background or blending into the ensemble.”

With bassist Curt Bley and drummer Quin Kirchner, Islands is an album built off the idea of freedom within limitation, a tension that appears both in the form of the trio and in improvisation within composition. Clearfield was inspired by a David Lynch quote about the necessity of rules in world-building—even in nonsensical world-building—and how those rules result in an almost ironic freedom. “[That idea] represents for me the balance between freedom and limitations in improvisation,” says Clearfield. “When you embrace the world that the composition has already created, you can be free to simply explore and develop ideas. The narrative, the context, the construction: they're already there.”

Many of the tunes on the album were originally written for a live quintet and composed under a high-pressure deadline, and the resulting songs retain a ghost of that lush, quintet-driven lyricism. Since the piano, despite all its melodic and textural qualities, is still “a percussion instrument that decays on its own volition,” Clearfield approached the recording process with an openness to utilizing overdubs of organ and guitar to give several of the tracks a richer, fuller sound.

Clearfield has long been praised for the dreamy, lyrical quality of both his playing and his compositions (critic Howard Reich categorized his quintet album as having the “easygoing melodicism of pop, the cerebral intensity of classical music, and the freewheeling spirit of jazz improvisation”), and he credits his unique sound to multiple influences: a teenagerhood steeped in Radiohead (“I was at Rolling Stone Records the night before Hail to the Thief came out”), a lifelong love of progressive rock (“my friends and I had Close to the Edge memorized from start to finish”), an early introduction to playing gospel music (“everything in that music is about serving the experience of the whole”), and a strong background in classical piano, which taught him the “range of the color of” the instrument.

Speaking of diverse influences, the track “Ralph Towner” was inspired by two of Clearfield’s heroes: the dense harmony that guitarist/pianist Ralph Towner brought into jazz, especially in the ‘70s, and the Wayne Shorter tune “Fall.” While teaching the latter to a student, Clearfield was struck by Shorter's command of the short-short form: “Wayne is such a master of writing a seemingly simple 16-measure song that is a perfectly complete composition unto itself.” Clearfield’s homage to both influences is a six-and-a-half minute dream of a song that starts hazily and simply—with a sense that it’s not quite touching the ground—and swirls farther into lusher, denser territory the longer the musicians improvise. It’s a perfect example of the idea that simplicity and nuance aren’t necessarily incompatible with one another.

The opening track, “With and Without,” retains some of the frenetic energy of its birth: the band was down to their last few minutes in the studio when they finally achieved the take they wanted. It’s a long, lilting, waltz-esque tune with echoes of Chopin and Bernard Herrmann; the melody unfolds patiently at first but grows wilder as Clearfield improvises, leaving you with the sense that this is the last and most demanding dance at a party, with the music pushing everyone to their limits as the sun comes up outside.

As a whole, Islands is the latest contribution to one of the most exciting emergent scenes in Chicago, and Clearfield identifies his playing with this burgeoning community of modern jazz composers and improvisers. He’s seen this sort of fresh, harmony-driven music rise to prominence over the last few years in a city whose biggest scenes used to be (and still are) straight-ahead and free jazz. Clearfield credits Herbie Hancock and Wayne Shorter’s explorations into harmony and composition in the '60s and '70s as the origin of “the specific lineage that I associate with.”

“Part of what I really love about music is the idea—whether it’s with a single song or entire body of work—of building a world, where everything in that world fits together,” says Clearfield. It’s a fitting sentiment for someone taking the next and most exciting step in creating his own personal canon. “That's where I find the most freedom.”

Layout and design by Jonathan Kreyer
Paintings by Virginia Broersma

Bandcamp Daily  your guide to the world of Bandcamp

sndtrak stops by with an Album of the Day Feature of his most recent release, FLIPS V1: Triple Lindy